Ashampoo Music Studio 8 is an all-in-one music editing software for your songs and audio files. It comes with eight dedicated modules to edit and organize audio files. This includes recording, cutting, converting, and burning them to disc. Disc ripping comes with an automatic online cover search to fill in song titles and cover art and can be greatly sped up, thanks to quick ripping.

This Ashampoo software can also bring order to music collections by renaming and arranging them into folders based on a fully customizable naming scheme. The music software also lets users produce, mix and trim MP3s and other audio formats. Files can be converted, shared, analyzed and normalized with great ease.

The built-in audio editor supports up to three audio tracks to easily process both songs and audio books. “Edit Cover” offers a fast and easy route to designing covers and inlays and comes with multiple templates and customizable design options. DJ Mix Tape turns songs into harmonious mixtapes with the help of speed analyses and customizable crossfades.

Version 8 supports quick audio trimming and greatly simplified splitting of audio files, e.g. MP3s, into smaller segments. Keyboard shortcuts have been added, along with context-sensitive cheat sheets, to accelerate work flows across the board. The music editor has been refined for better usability and folder templates have been added to facilitate the organization of music collections into well-formed folder structures.

Select between various options to rename your files based on a coherent naming scheme, edit metadata or analyze your songs. The ability to extract audio tracks from videos or to create custom song mixes with cross fading complete the positive picture.

Editing is another core strength of the program. Converting, splitting, analyzing and normalizing audio files has never been easier. User can cut and edit audio on up to three separate tracks and benefit from a clearer and more logical user interface.

The built-in cover editor has received a new interface for fast and creative cover designs based on multiple templates and graphical tools.

DJ Mix Tape is a new feature that analyzes and harmonizes multiple songs to create a balanced mix with smooth transitions. The recording area has been redesigned for faster feature access.

Select between various options to rename your files based on a coherent naming scheme, edit metadata or analyze your songs. The ability to extract audio tracks from videos or to create custom song mixes with cross fading complete the positive picture. 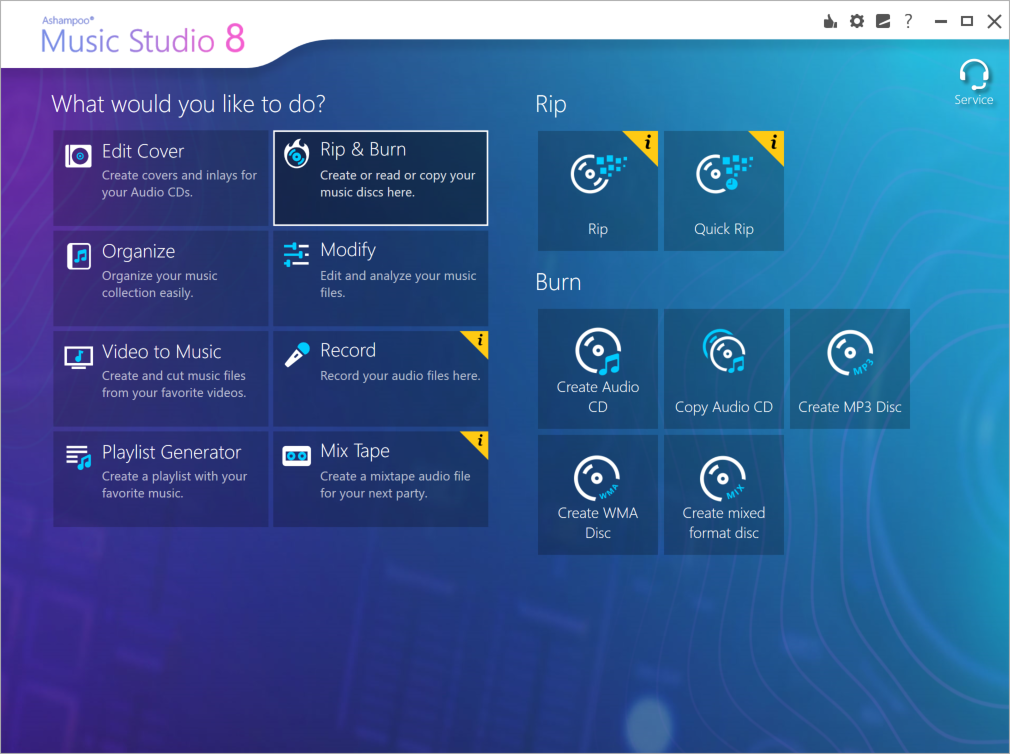