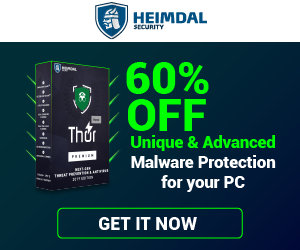 Steinberg Cubase Pro is a digital audio workstation for recording, editing, arranging, mixing and producing music of all types. The software offers dedicated tools for all of these musical genres and many more. Here are the spatious orchestral arrangements, experimental indie pop, floor-filling electronic music or enthralling metal…

The world’s most popular DAW lets you record, edit and mix your songs like a musician, while providing you a professional, studio-grade audio quality at all stages of the creative process.

This Steinberg software is used by star producers and musicians for composing, recording, mixing and editing music. The program combines outstanding audio quality, intuitive handling and a collection of highly advanced audio and MIDI tools.

Compose and record songs whenever inspiration strikes – Steinberg Cubase Pro bristles with an eclectic ensemble of creative tools that are both easy to use and highly musical. From the very first beat to the final arrangement, Cubase assists you with intelligent features, including automatic voicing harmonization and convenient composing assistance for generating beautiful chord sequences. And, to top it off, you get a choice of thousands of inspiring instrument sounds and loops that bring your ideas to life.

Steinberg Cubase Pro is the go-to DAW for some of today’s most successful media composers. From Hollywood blockbusters to popular TV series. There’s everything on board to create professional scores. Here you will find a separate video track, a scalable video window and a score editor featuring 100+ notation symbols. With Steinberg’s pioneering VST Expression technology you can create breathtakingly natural orchestral scores with full expression control on single-note level.

For countless music producers and audio engineers around the world Steinberg Cubase is an essential tool of their daily work. It has the award-winning audio engine, industry-acclaimed tools and the seamless integration with existing studio gear. Cubase is well tailored to professionals working in the music, film and game industry.

Whether you’re creating hip hop, rap or techno music, Steinberg Cubase has the right tools at hand. From an MPC-style drum sampler to an intuitive step sequencer over to creative beat mangling tools. There are plenty of options to produce four-to-the-floor beats and massive rhythms. Cubase also provides a genre-crossing range of ready-to-go samples, sounds and loops alongside massive EQs and inspiring effects. That are just perfect for producers of electronic music.

With an immense arsenal of spectacular synths and creative effects, Cubase is a true treasure trove for experimental sound designers. Cubase offers everthing needed to create expressive electronic music. From the purest analog synths to a next-generation granular synth over to intuitive beat creation and mangling tools. Add to this the advanced Drum, Key and List editors, a variety of intuitive audio editing tools and the seamless remote control integration and you get a one-of-its-kind solution for creating and performing electronic music.

Whether you are in the studio or in the rehearsal room, Steinberg Cubase is the DAW of choice for capturing your songs in the most professional way. The integrated mixing desk combines utmost flexibility with top-end channel strip modules for luxiouros, pro-console sound. Thanks to the Control Room section you can provide each of your band members with an individual cue mix. And once the recording session is over, simply select the best parts and conjure the perfect take within seconds.

Steinberg Cubase Pro includes a complete toolset for the correction and enhancement of vocal recordings. It is just a matter of seconds to adjust the pitch and timing of monophonic audio signals or to harmonize your lead vocals in beautifully composed choral arrangements. For more convenience, you can even edit voices from multiple tracks in one single editor. To make the most out of your vocal recordings, simply add some of the quality reverb, modulation and dynamics effects and you’re done.