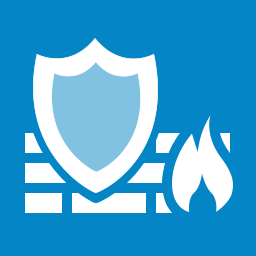 This Internet Security suite combines the best of the best. It completes Emsisoft Anti-Malware with an efficient Emsisoft Firewall core. Without cutting back on usability. As a result, it is a product that suits anyone who dreams of ultimate protection, especially in third-party networks.

Emsisoft Internet Security is not an overloaded, bulky software like most products on the market today. It is slim and efficient. Global and application-based firewall rules are easy to set up and clearly presented in the layout, while still remaining extremely flexible.

Light weight design means using minimum system resources for maximum protection and usability. It is the lean and efficient security suite that will make your digital life a whole lot easier.

Emsisoft Anti-Malware offers Antivirus, Anti-Trojan, Anti-Spyware, Anti-Bot and protection against all other dangers on the internet. It contains the awarded dual-scanner to check and clean infected computers. As well as three powerful guards that effectively prevent new infections.

Emsisoft Internet Security’s advanced Firewall component hides those attack vectors from others. It also allows granular configuration of each program’s online visibility and its permissions to send and receive data on local networks and the Internet.

Emsisoft Internet Security distinguishes between public and private networks. While strangers on the Internet should not be allowed to access your networking features, someone trusted in your private home- or office-network should be allowed to.

If you unintentionally try to view a website that spreads trojans, spyware, or any other type of malicious software, Emsisoft Internet Security will prevent you from connecting and getting infected. Emsisoft software does this by utilizing a built-in list of known dangerous and fraudulent websites, which is automatically updated every hour.

This real-time protection layer checks all downloaded and modified files with the awarded super-fast Emsisoft dual-engine scanner. You won’t even notice it’s there for you 24/7.

Emsisoft Anti-Malware continually monitors the behavior of all active programs and raises an alert as soon as something suspicious occurs.

Custom-built behavioral monitoring stops ransomware before it can encrypt any files.

Automatic evaluation of the credibility of programs

The Emsisoft Anti-Malware Network detects more than 100 million programs, good or bad, based on user evaluations and numerous technical parameters.

So that you aren’t tempted to just click "Allow", which basically defeats the purpose of having a firewall in the first place.

Advantages in comparison to Windows firewall

Easier and quicker to use, with the ability to evaluate the credibility of programs in a global context.

PUPs (Potentially Unwanted Programs) that mess up your computer with useless browser toolbars, tons of commercials and other bulk that slows down the PC.