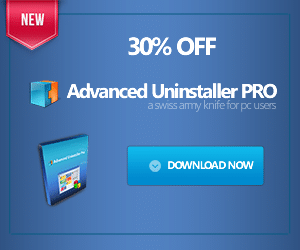 50% OFF
System Mechanic Ultimate Defense - 50% OFF

Nitro Pro gives you everything you need to create, convert, edit, sign, and share standard PDF files. It’s simple, straightforward, and intuitive to use. So you can work more productively, your way.

The software allows you to share your files with others. No matter what platform or device they’re on, and Nitro Productivity Suite makes conversion easy.

Convert one or more files to PDF with just a click or two. Reuse and repurpose PDF-based content with greater accuracy. Share files with the peace of mind, knowing almost anyone on almost any machine can open, view, and review – every time.

With Nitro Pro’s industry-leading conversion technology and array of extraction tools you can easily repurpose text and images from reports, presentations, and more for reuse in any other application.

Directly edit your PDF files more easily. Just click, and edit. Nitro Pro 12 enables you to edit entire paragraphs with ease, automatically reflowing text as you type – like you would in a word processor.

Nitro Pro is the complete Adobe Acrobat alternative. It enables you to do more with PDF through powerful tools. Create, convert, edit, combine, secure, annotate, form-fill, and save 100% industry-standard PDF files. Recipient of multiple best product awards, Nitro Pro is specifically designed for the business user. That makes working with PDF faster and easier than ever before!

The latest version of Nitro PDF Pro extends support to the $ character in PDF URLs. As a result, a user can also open a URL with the embedded $ symbol, from within a Nitro PDF Pro PDF document.

In this version, Nitro PDF Pro improves the reliability of the Compare tool. Previously, the Compare tool was not detecting some document changes. This enhancement reduces the amount of false positive results the system produces, when in fact no changes were detected.

This version contains an enhancement around conversions from PDF to Microsoft Excel documents. Previously, converting some documents resulted in numerical data presented as text, which made it difficult to apply formulas to cells.

Documents affected the most were those with formatting that included numbers with a coma separating groups of thousands. In the new version, Nitro PDF Pro converts numbers with improved accuracy and applies the correct data type to numerical cells.

Previously, users have may experienced issues with documents annotated using Nitro PDF Pro. The issue occurred when the annotation was visible only by Nitro PDF Pro but rejected by other PDF editors.

With the latest version of Nitro PDF Pro, a user can be confident that deleting a page, and any bookmarks related to that page, have also been deleted. This prevents exposing sensitive information that could have been included in any bookmarks.

On a previous version of Nitro Pro, some users many have experienced an error message when opening PDFs, especially those generated by the third party tools. The latest release has improved this experience, since Nitro PDF Pro has improved its reliability in this area and error messaging has been removed.

Team subscription for businesses with 20 or more users