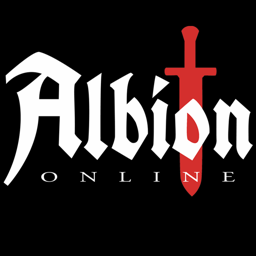 Albion Online developed by Sandbox Interactive is a free to play medieval MMO. It’s a classless cross platform MMORPG that allows for endless possibilities. Across 800 different territories guilds can engage in PvP for control of the world.

This online game is the first truly cross-platform MMO experience, available for Windows, Mac, Linux and Android, with all players on one master server in one massive, sprawling world. You choose how your adventure evolves; at home or on the go!

With Cador we’re releasing a number of changes directed at improving the PVE experience in Albion- most prominently the addition of group loot and repair kits. Also has been completed work on the Heretic mob faction.

Cador also marks an important step in our plans for combat: The completed armor rework allows us to now turn our attention to adding more ability choices to existing weapons.

As part of the PVE improvements, Cador also changes mob lethality and the death mechanic. We are aware of concerns regarding the impact of extending this change to PVP, but there are several reasons why we want to test these changes in public to see how big their impact really is.

For one, killing another player will have a strong reputation impact in the upcoming reputation system- we really like that the new mechanic makes this a very conscious choice. Additionally, we believe that the changes add tactical depth and excitement to PvP encounters. We want to test these changes for at least two weeks before making a final decision.

Full Player – Driven Economy – All items and buildings in Albion Online are crafted by and bartered between players. Craft the best items and decide which price to sell them to other players at. No global marketplace means savvy players can make an industry of transporting goods to different markets around the world.

Expanded PvP System – Take part in massive open PvP battles and fight for the fame and honor of your guild. Don’t want to tie yourself down to anyone? Then why not become a feared, volatile mercenary, riding out into battle for others – for the right price.

Classless Character Customization – Be exactly who you want to be. With no class-restricted abilities or items, you are what you wear in Albion Online. Craft any number of combinations of spells onto your gear, then mix and match to create your perfect character with hundreds of different combinations possible. Be a healing wizard with tank-like armor and a mace in your main hand. It makes sense! Every combination will have its strengths and weaknesses, so experiment and find your true self!

Territory-based Guild Warfare – Find a loyal band of brothers and sisters and claim your patch of Albion – build your cities and camps out of over 50 different kinds of buildings and customizable skins, then wage war on your neighbors to oust them from their homes and expand your very own empire.

Cross Platform and One Massive World – The first true cross-platform MMO experience. Had enough of being glued to your PC when you game? Grab your iOS or Android tablet and pick up right where you left off, experiencing all the action from your sofa. In Albion Online, all players on every device play on one master server, in one massive world.

**PLEASE NOTE: The APK version is provided as-is, and is not officially supported.