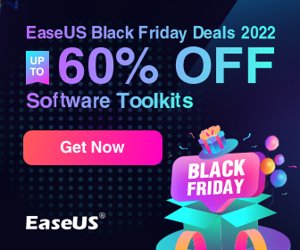 VMware Workstation Pro is the easiest, fastest and most reliable way to evaluate new operating systems. Also the software applications and patches, and reference architectures in an isolated and safe virtualized environment.

No other desktop virtualization software offers the performance, reliability, and cutting edge features of VMware Workstation Pro. This software is an integral component of any serious technical professional’s toolkit.

Build Virtual Machines on the Desktop

Run VMs and Containers on a Single PC

Develop and Test for Any Platform

Run ESXi and vCenter as virtual machines on the desktop, and connect to a remote vSphere environment for quick VM access and basic management tasks.

Run a secure second desktop with different privacy settings, tools and networking configurations for online protection, or to take “snapshots” that can be restored later.

VMware Workstation Pro is the perfect tool to increase productivity, save time and conquer the cloud. Supports the latest version of Windows and Linux, the latest processors and hardware. And the ability to connect to VMware vSphere and vCloud Air.

VMware Workstation Pro has been optimized to support high resolution 4K UHD (3840 x 2160) displays for Desktops and QHD+ (3200×1800) displays used in laptops and x86 tablets providing you with a crisp and detailed experience. VMware Workstation Pro now supports multiple monitors on the host with different DPI settings so you can run your brand new 4K UHD display along with your existing 1080P HD display.

With improved IPv6 support, including IPv6-to-IPv4 Network Address Translation (6to4 and 4to6), users can create more complex networking topologies than ever before. Use the VMware Workstation Pro virtual network editor to add and remove virtual IPv4 or IPv6 networks. Create custom virtual networking configurations, ideal for testing and demonstration environments without impacting the PCs network configuration.