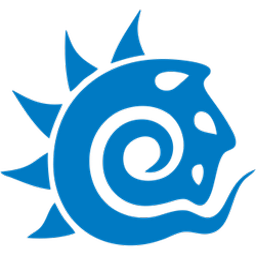 LightWave 2020 is a complete 3D modeling, animation and rendering solution. Its native renderer is unparalleled and serves as the centerpiece in the production pipeline of many facilities both large and small. Render nodes are free and set up is quite straightforward.

LightWave Modeler excels both as a subdivision surface and a polygonal modeler, fast, efficient and again, straightforward in functionality. In addition, an industry leading node-based texturing and shading system allows you to create any look you desire – quickly and easily.

Lightwave is the perfect combination of power, speed and value. It is versatile enough for any application from award-winning visual effects to stunning hi-res print graphics, dynamic video games, powerful motion graphics and more.

LightWave 3D enters the Real-Time Age for interchange with this workflow link between the Unreal Engine and LightWave 3D, focusing on LightWave driving Unreal changes iteratively. Multiple LightWave seats are able to connect to the same Unreal Editor simultaneously to enable real-time collaboration between artists. The bridge uses NewTek’s proven NDI network discovery mechanism for easy automatic configuration, and can be limited to single project use in Unreal, or installed as a general plugin for use in all Unreal projects.

Work with industry standard FBX data on a whole new level via the new Interchange Bridge.

The ability to pull materials apart and build them to your tastes is new to LightWave 3D 2019. There is access to Fresnel Functions, Material Components and Material Integrators. The Material Tools Group has been updated with new nodes to support this capability.

New for LightWave 3D 2020 is a set of node tools that allow OpenVDB content creation. You can now create OpenVDB grids from meshes, particles, and even the shape primitive distance estimator. The tool kit allows for live Constructive Solid Geometry (CSG) operations, grid filtering including level set tracking, smoothing, dilation and erosion. Solvers are included that allow for fluid simulation and smoke and fire effects.

Metamorphic is a multipurpose animatable mesh sculpting and vertex map manipulation plug-in for LightWave 3D 2020 that works in Layout, and takes full advantage of the new capabilities of the modifier stack.

The new Bone Type option, Limited Bones, allows the animator to set a limit in Layout on the number of bones. That affect a given point to match the limit in the target game engine. And engages real-time optimizations to more closely match the performance game engines expect from a rig.

Modeler now supports the creation of smoothing groups within a mesh. Smoothing groups provide a way to create creases and hard edges, and more precisely control regional contours on your model.

LightWave 3D 2020 adds the new Shape Primitive, Empty Volume, which can be used for creating procedural surface shapes. In addition to being directly useful in scenes, the Empty Volume primitive is helpful in workflows that need to convert meshes to volumes or vice versa. Empty Volume can also provide for real-time Boolean operations in Layout.

The Empty Volume shape primitive allows advanced users to write their own distance estimators for rendered SDF shapes and volumetrics.

Other new nodal distance tools include:

The Layout Undo System has been expanded to many of the systems involving Transforms & Keys. Unlimited Undo is now available in:

A new licensing management option for large facilities, this is a specialized build of the LightWave 3D applications wherein licensing of LightWave 3D is controlled through a managed portal. Purchase is by special arrangement.